Most people have seen, or are aware of, pallets. They have been used for decades in the logistics industry to move goods and raw materials around the world and although they are basically something that you put other things on top of, there is more to them than might be suspected.

At first glance, a custom built pallets is created by nailing bits of wood together to create a rectangular-shaped platform, for use as its primary function to move goods by forklift into storage or onto a truck for onward transport. It is surprising to learn that there is a whole nomenclature that is pallet related and covers different aspects of a pallet's construction and configuration. 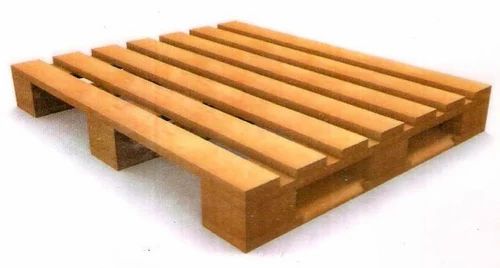 For instance, the top surface of the pallet is known as the deck, made up of slats of wood (deck boards), and the distance between the slats is known as the deck spacing. It might be argued that this is as interesting as watching paint dry but, if the slats of wood are not of the right thickness or the deck spacing is too wide the pallet may not be strong enough for the load it is required to take.

Another abstruse term used in the pallet world is the bearer, the piece of wood that supports the deck and provides the clearance for forklift entry. The height and thickness of the bearer vary according to the duty required of the pallet.

So it goes on with the constituent parts of a pallet, some may be mounted on blocks with wide deck space for lighter loads and on some, the deck boards may have no space between slats to give a solid foundation. Transport and storage costs are an important factor in any business's balance sheet and the pallet needs to be sized appropriately for the goods it is carrying.

As one might expect in the 21st Century computer software has been developed to bring the appliance of science to a seemingly simple, but ultimately quite complex problem.